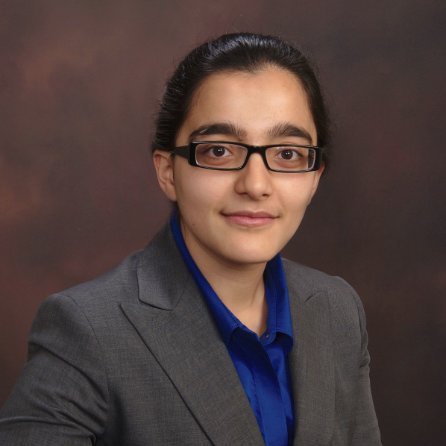 The Central New York Women's Bar Association (CNYWBA) is pleased to announce that Upnit Bhatti has been selected as the recipient of the Hon. Beatrice Krupkin Scholarship for 2015.

The Krupkin Scholarship is awarded bi-annually to a second or third year law student in the Central New York community who best exemplifies academic success in law school, combined with financial need and a keen interest in advancing the status of women in society through his or her eventual legal career.  The award is named for the late Hon. Beatrice Krupkin, who helped to found CNYWBA and served as its first President.

This year's award winner, Upnit Bhatti, is a third year law student at Syracuse University College of Law.  She is ranked in the top 6% of her graduating class.  She is the Managing Editor of the Syracuse Law Review, has served as an extern for United States Magistrate Judge and CNYWBA Past President Therese Wiley Dancks, is an associate member of the Moot Court Honor Society and recipient of the Executive Director Award, a research assistant to a law professor, and a Peer Leader.  Additionally, Upnit is a member of the National Appellate team, volunteers for the Onondaga County Bar Association, and recently served as a student ambassador for the Syracuse University College of Law Diversity and Inclusion Conference.

Upnit plans to join the litigation department of Bond Schoeneck & King after graduating from law school, and will participate in the firm's Women's Initiative.